Connect a Camera to the Raspberry Pi 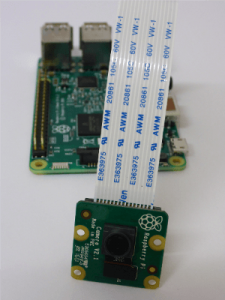 The Pi Camera from the Raspberry Pi Foundation is a great little unit that connects directly to your Raspberry Pi via a ribbon cable to the dedicated CSI (Camera Serial Interface), located just behind the Ethernet port. The Raspberry Pi Camera Board v2 is a high quality 8 megapixel, Sony IMX219 image sensor, fixed focus add-on board for Raspberry Pi. The Pi Camera also comes in a NoIR  (No Infra Red) variant which allows the board to capture low light and night images. Both of these cameras support the following image and video qualities, 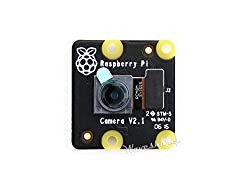 This tutorial assumes that you have already done the basic setup of your pi and are running the latest version of Raspian. The first step is to enable the camera, this can be done via the command line using the following command

select option 5 , “interfacing options”, and then option “P1 Camera”, then to complete the process perform a reboot.

The camera will now be enabled.

Alternatively if you have a monitor, keyboard and mouse connected you can use the desktop options, from the Pi symbol in the top left and select “Preferences” and then “Raspberry Pi Configuration”. When the popup menu appears select the Interfaces tab and then check the “enable” button for the camera as shown below and reboot. 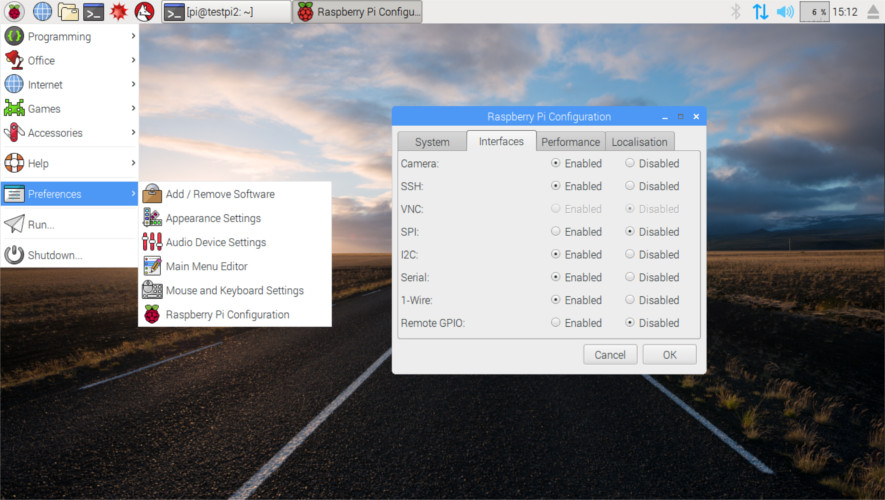 With the camera enabled the next step is to add the Python Picamera module using the following commands,

If you need the Python 3 version then use this package.

Now that we have everything we need we can start writing some code to use the camera. We will start by using the basic preview and capture functions to show us what the camera sees and then take a photo.

This simple program will activate the camera and show a preview on the screen (assuming you have a monitor connected) and then after 5 seconds it will take a photo an save it to your desktop.

Note: If you are using a connected monitor the preview will take up the whole screen, if for some reason the preview doesn’t close then pressing Ctrl+D will return your desktop.

Using your Pi Camera to capture video uses a very similar process. The following code will create a 10 second video and save it to your desktop.

It should be noted that in the above code I have used the command camera.wait_recording(10) instead of a simple sleep(10) command, this is because the wait_recording() command will continually check for recording errors (e.g. an out of disk space condition) while it is waiting, if you use the sleep() command then any problems won’t be discovered until the camera.stop_recording() command is executed.

The Python PiCamera module has a wide range of different settings that you can configure and adjust using a python script, below are just some of the available controls.

The module comes with such a wide range of options that they are to broad to discuss here fully, if you want to see more information and more advanced Python examples check out the official PiCamera documentation, there i’m sure that you will find what you need to take you projects to the next level.

How to Build a Raspberry Pi Security Surveillance Camera with MotionEye.