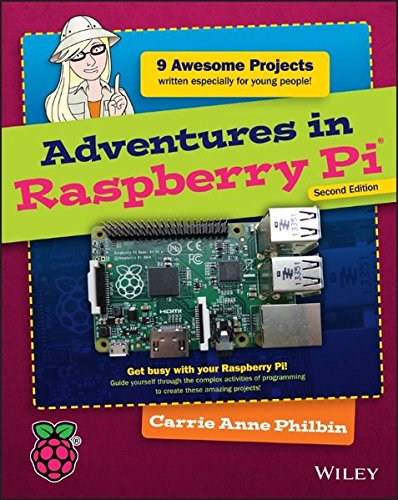 Due to it’s popularity there are a wealth of Raspberry Pi books available for all levels, this book is written for the complete beginner, if you have heard good things about the Raspberry Pi but have no idea where to start then this is the book for you. This 2nd edition has been updated for the the release of the Rev 3 board and covers all the latest features. Written specifically for 11-15 year olds, this book explains the fundamentals of computing by including 9 Raspberry Pi beginner projects that build on each other to show you how to get setup and begin developing. It starts with the very basics of how to plug in the board and turn it on through to learning basic programming and system administration skills.

While the book is aimed at kids that are just starting out in the word of computing, by going through each of the projects a person of any age will learn a great deal of information about the software that comes included with the Raspian operating system. The book is a very hands on guide and also has a companion website with instructional videos showing each of the projects in more detail.

If you’ve got yourself a Pi and you are keen to start learning the basic of what it can do then Adventures in Raspberry Pi is the ideal place to start.

Given that this book is designed to engage children all of the chapters are referred to as “Adventures”, the first adventure in the book deals with the very basics of the Raspberry Pi. You are really g 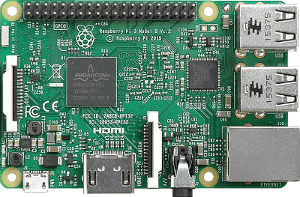 iven a step by step guide to all the fundamentals from the hardware and software required, from plugging it in to copying and loading the operating system.

The second Adventure moves on to discuss how to communicate with your Pi, either with the GUI or through the Command Line Interface, it also introduces some of the important Linux commands that you will use throughout the book. It looks at file management, downloading and updating software and several other basics that you need to administer and manage your Pi.

Now that the basics are covered Adventures three to seven explore some of the software that is included in Raspian. It starts by taking a look at Scratch, a piece of software that allows you to create programs and games using a visual and intuitive set of commands for decision making and looping. Next it looks at Turtle Graphics, this Adventure is excellent as it starts to bridge the gap between the visual programming in Scratch and the text driven Python as both of these have a Turtle Graphics module. The fifth Adventure takes the next step and moves onto discussing programming with Python and the included Integrated Development Environment or IDE, it discusses the building blocks of Python and develops some simple code examples. Taking it further again in Adventure six the book looks at using Python to control Minecraft Pi , again included in Raspian, by developing your own rules and creating you own worlds. Finally the book looks at Sonic Pi and shows you with examples how to code and create you own electronic music using randomization and special effects.

Adventure eight starts to look at interacting with the real world through the use of the GPIO pins on the Raspberry Pi, it introduces a range of basic electronics concepts and how to use Python modules to easily interact with the pins to receive inputs from buttons, even a marshmallow one!, and create outputs to trigger LED’s and buzzers.

Finally all of the previous adventures are pulled together into a final more complex project which shows you how to use Sonic Pi, Python programming, an LCD screen, buttons and a speaker with your Pi to create a jukebox, this Adventure does require some parts but they are all readily available and are reasonable cheap.

Adventures in Raspberry Pi is quite hard to fault, it takes the reader through a wide range of ideas and concepts related to the Raspberry Pi and it’s software. The chapters are presented in a logical order with each one adding to the knowledge that was gained in the previous one. If you have a Raspberry Pi and are not to sure where to start or if you have wondered what some of the software that comes included with it is for, then this book is a great place to start. While the book was written with school age students in mind the author is part of the Raspberry Pi Foundation and therefore you can be sure that the projects and ideas covered in this book are a terrific educational source. 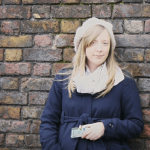 Carrie Anne Philbin is an award winning secondary Computing & ICT Teacher, Author & YouTuber (The Geek Gurl Diaries) who currently leads the education mission for the Raspberry Pi Foundation. She has helped organize workshop based hack days for adults and children concentrating on delivering good content to include all.

She is a Google Certified Teacher who uses innovative web tools to help support and extend the learning of the 21st century classroom which resulted in her becoming a Skype Moment Maker and ambassador for technology in 2014.

In 2015 she was elected to the board of the Python Software Foundation and Computing At School Board.

If you have any thought’s about this book, let me know in the comments below and if you found this helpful, why not share it with others.